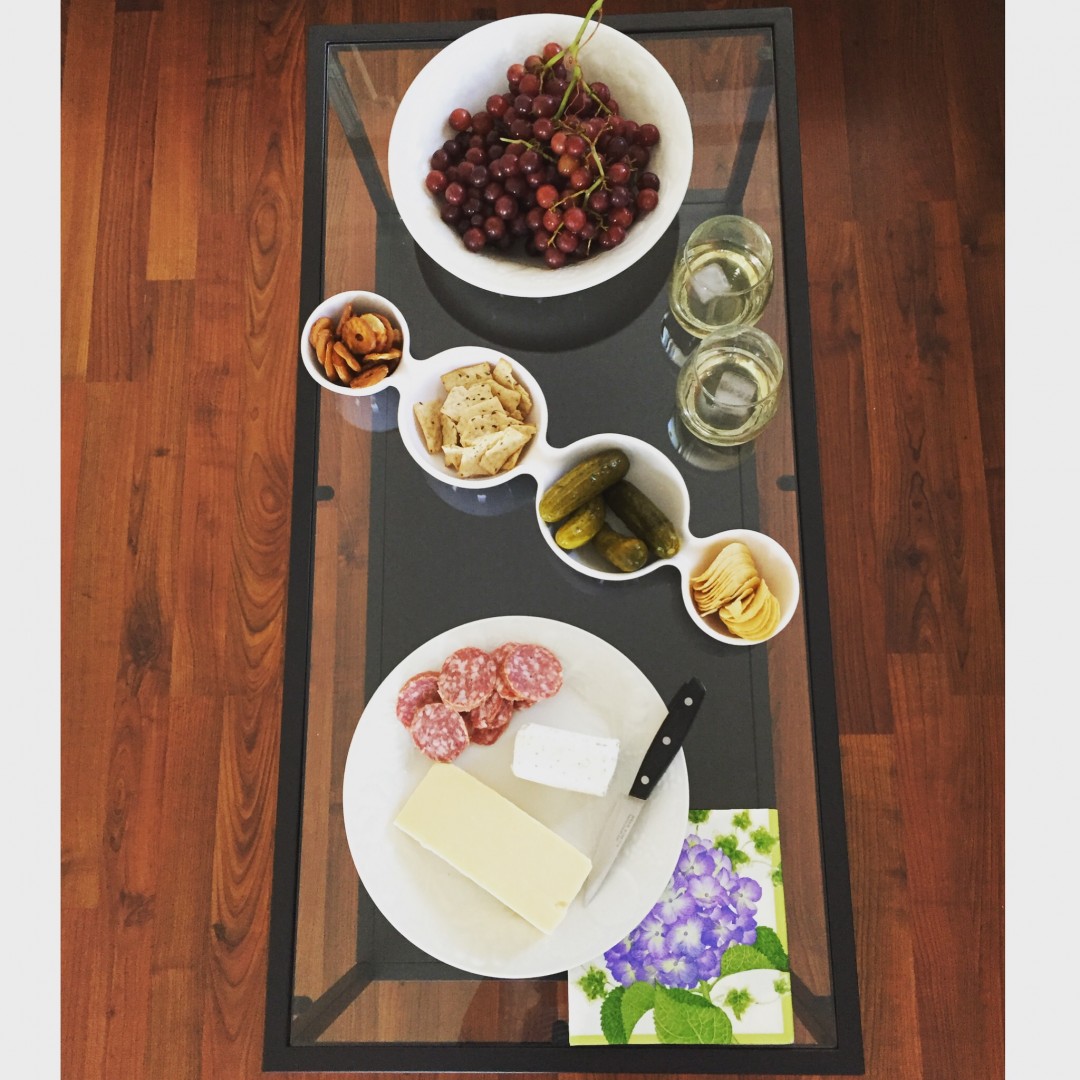 My sister Amanda has just done something mighty impressive; she graduated a year early from college with straight A’s! We’re all mighty proud of her, so to celebrate her accomplishment, I did what any good sister would do: I kidnapped her for the weekend and fed her. Let the gluten-freedom begin!

We started happy hour with wine, and followed, naturally, with snacks on snacks on snacks. I was very excited to take Amanda to a local cheese shop just down the street from me, but when we arrived we found they were temporarily closed due to a pipe bursting. We improvised with some run of the mill white cheddar and goat cheese; both paired well with our Sauvignon Blanc we picked up at Binny’s. I’m a bad blogger and missed photographing the wine, but I do know it was from New Zealand! Rule of thumb when purchasing Sauvignon Blanc, you can’t go wrong with a New Zealand bottle. 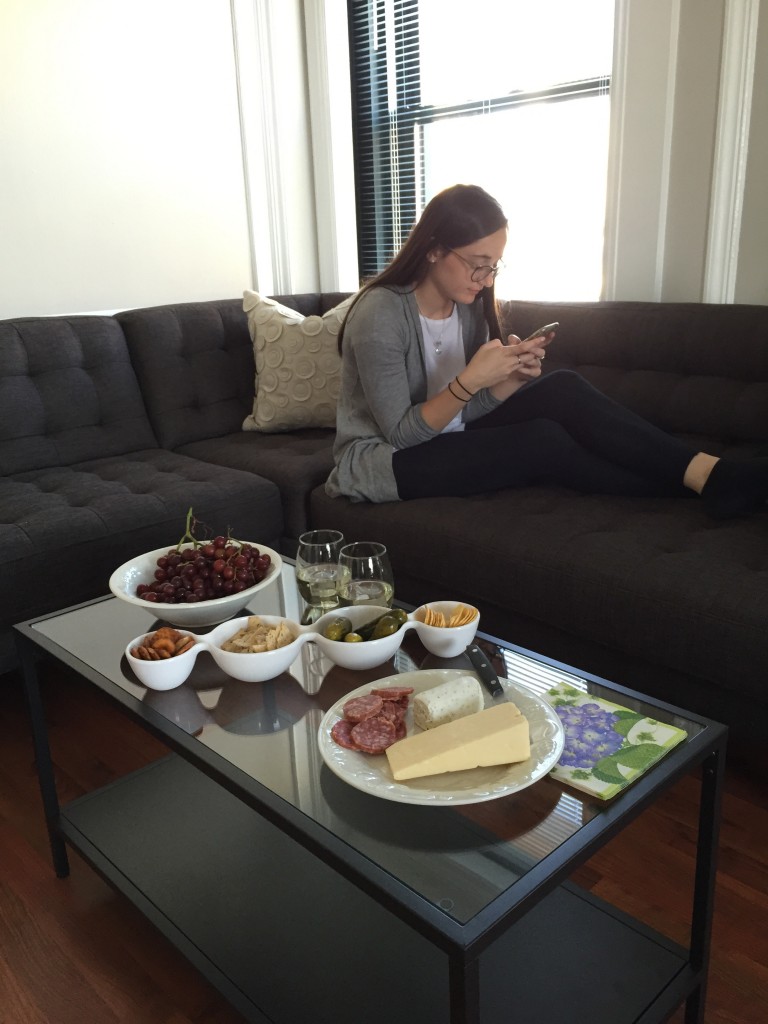 Because we hadn’t had enough cheese already, we decided to order the somewhat infamous mac and cheese from Wilde, an East Lakeview restaurant that has a somewhat cult following when it comes to their gluten-free mac. And they do carry-out. 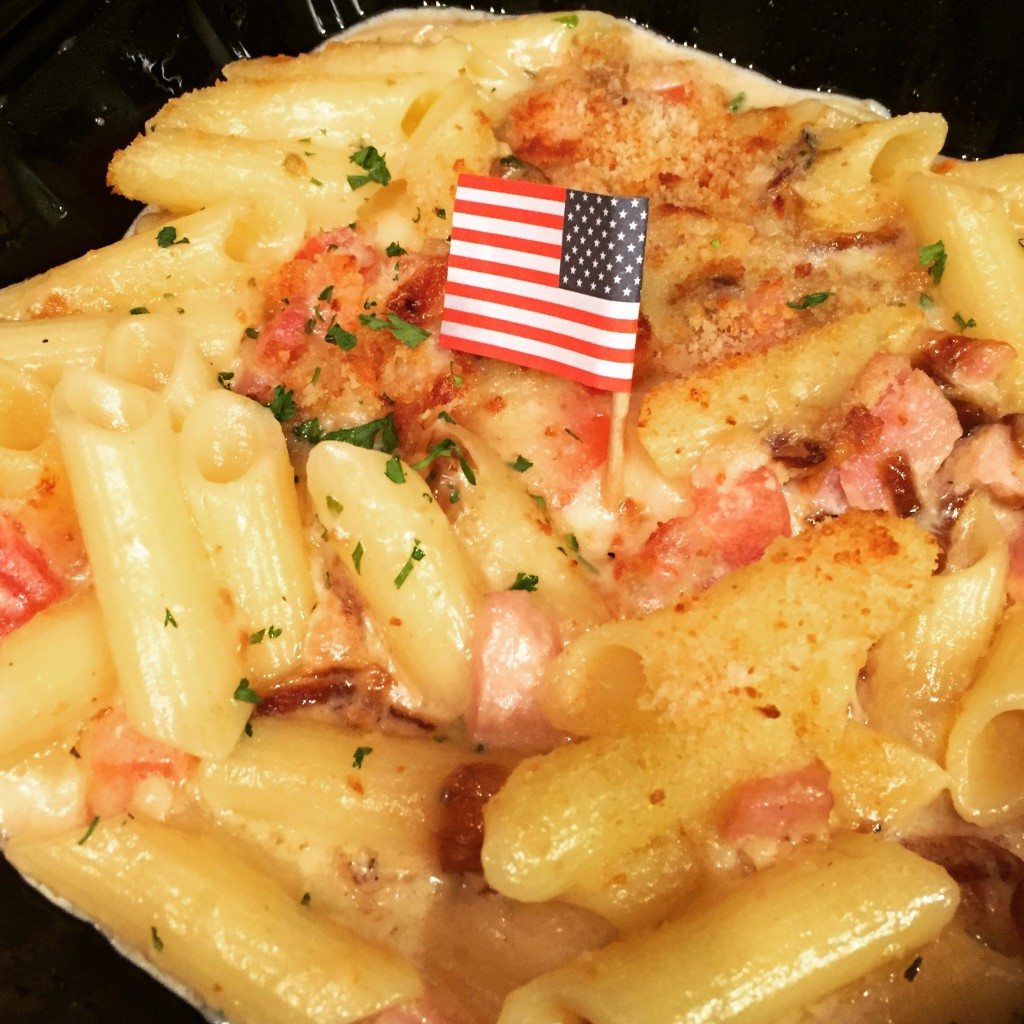 You can probably tell from the picture, we were not disappointed: Irish cheddar, Irish bacon, tomato, caramelized onion, gluten-free garlic crumb crust.

After dinner Amanda and I sat in a cheese coma, truly satisfied with what we’d accomplished. I’ve been to Wilde once before and had an equally as wonderful experience, the only bummer is that while they used to have a dedicated fryer for their gluten-free fries, they no longer offer that option. So for someone with Celiacs like Amanda and someone uber sensitive like me, the fries aren’t an option. A bummer and a step back on the path to gluten-freedom.

The next morning we awoke hungry and ready to brunch…

I’ve been meaning to blog about Wheat’s End Cafe for some time now. Seeing as this is my 4th time eating there, I’ve decided to include photographs of as many menu items as possible. I repeat, Amanda and I didn’t actually eat all of this in one sitting, though we probably could’ve if we’d set our mind to it…

But back to WEC. The entire restaurant is a dedicated gluten-free business, meaning everything they offer is 100% guaranteed to be gluten-free. This place is our version of Mecca. They do a spectacular brunch, with specials to die for, like their caprese benedict 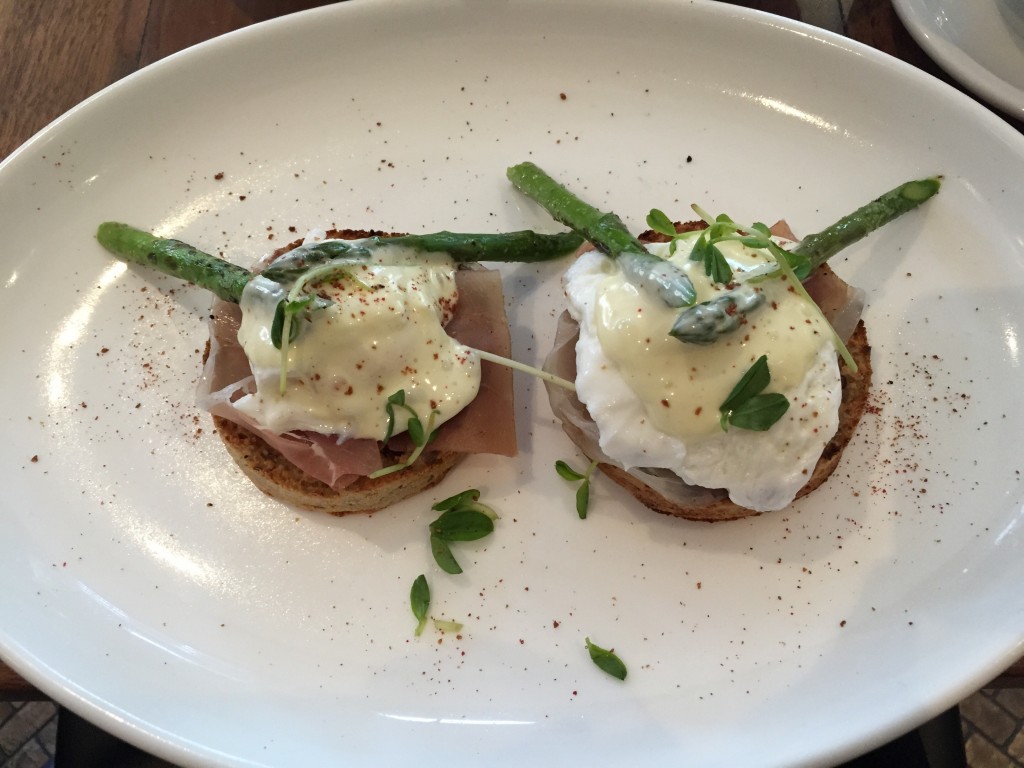 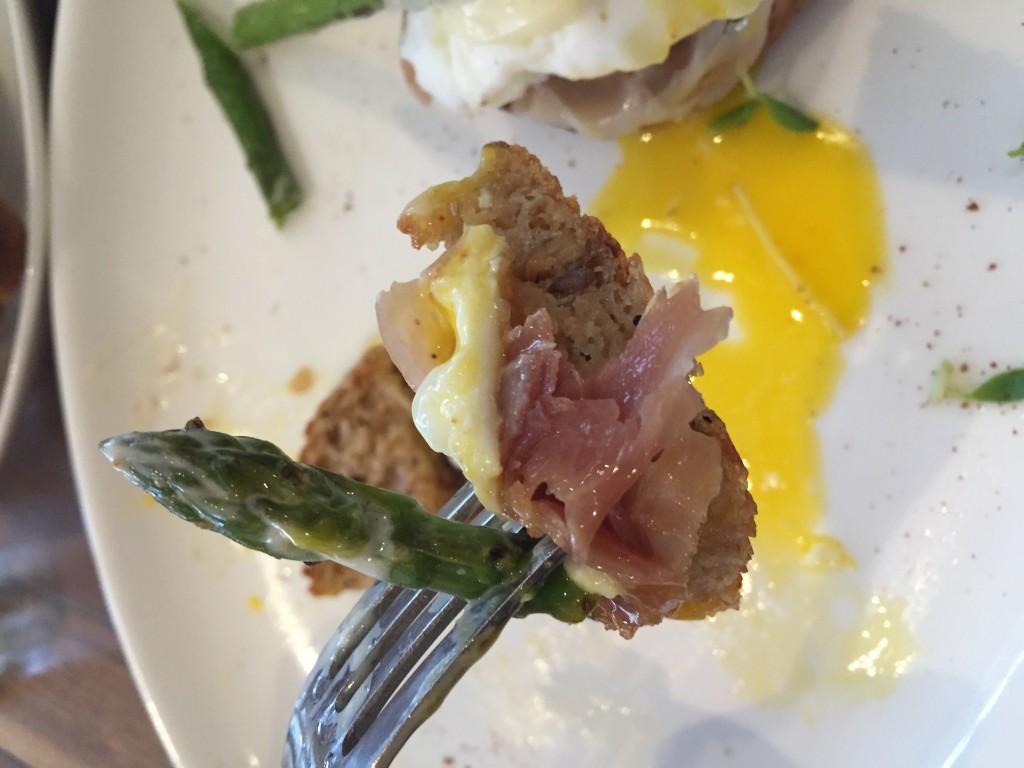 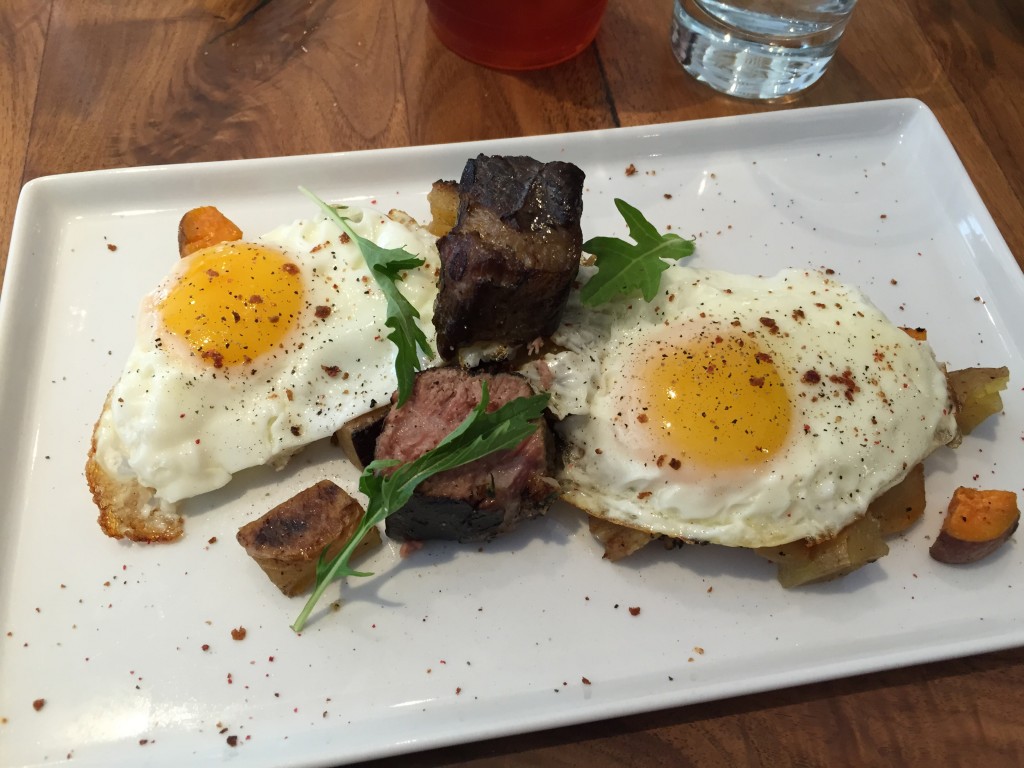 And their popover with sausage, gravy and poached egg. And ultimate triumph in gluten-freedom. Just look at her… 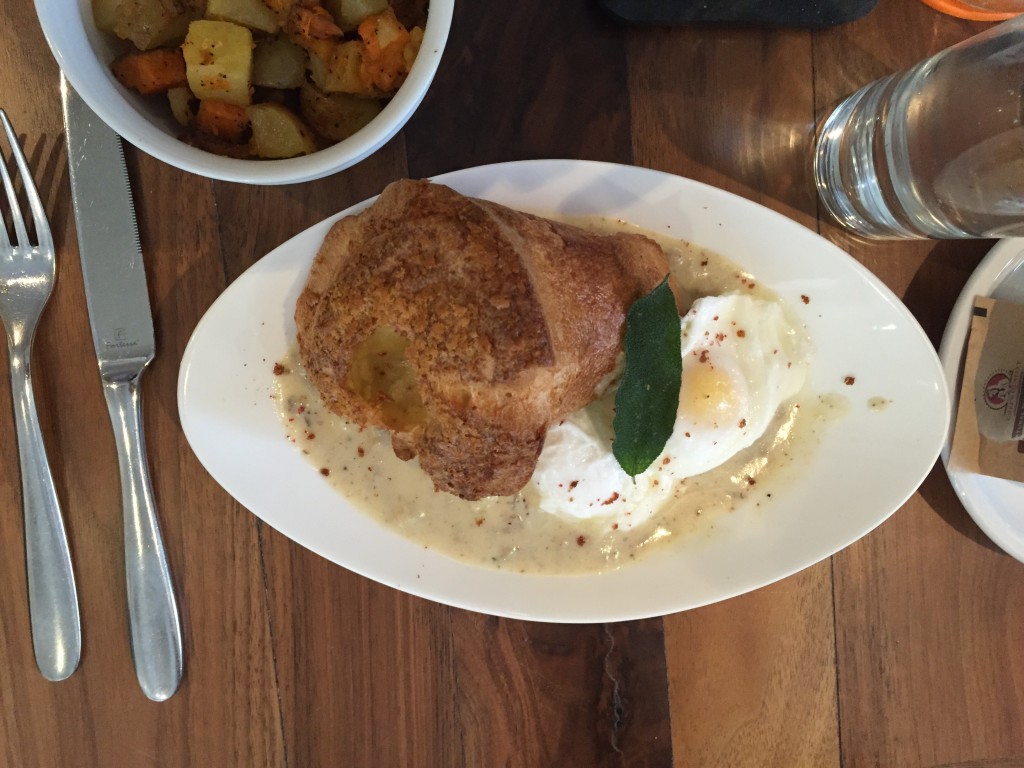 The sides they offer are equally as impressive. The potato hash is salty and sweet, the popover with honey butter is a must for me, and their cheesy biscuits and chocolate donuts are the real deal. 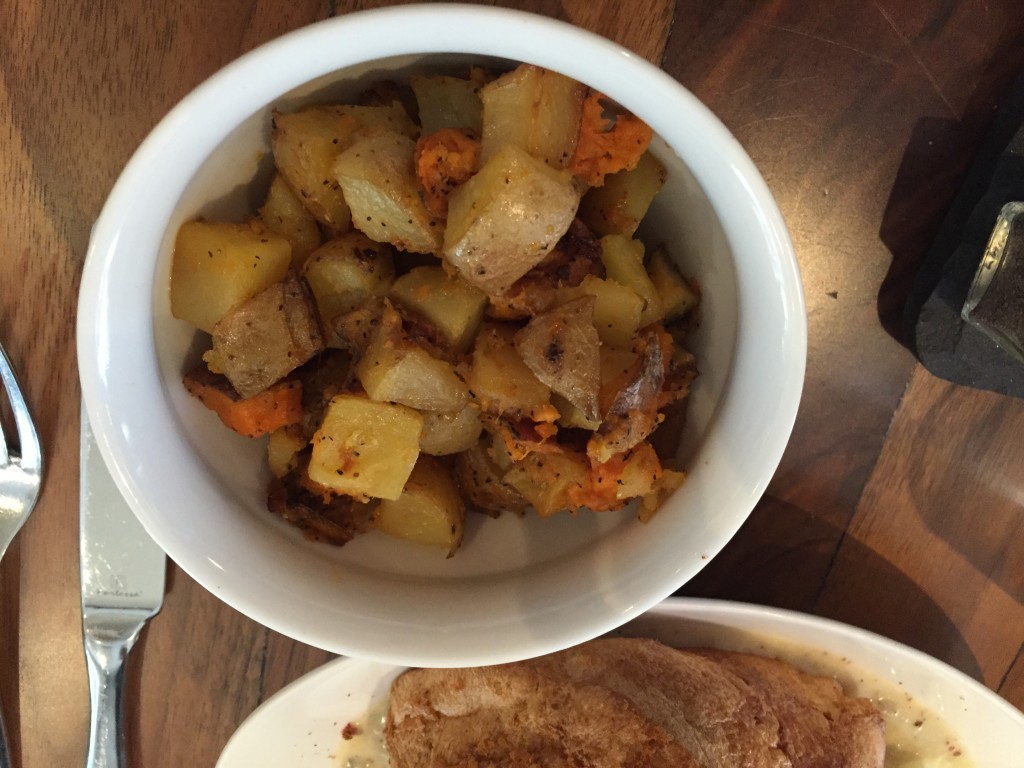 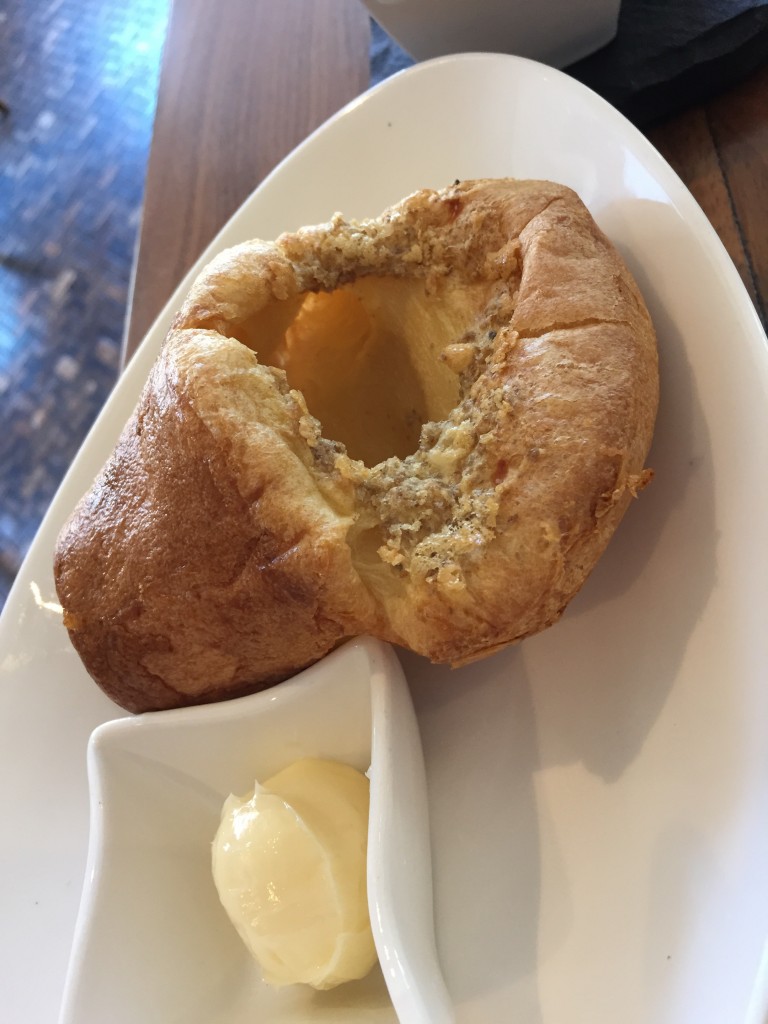 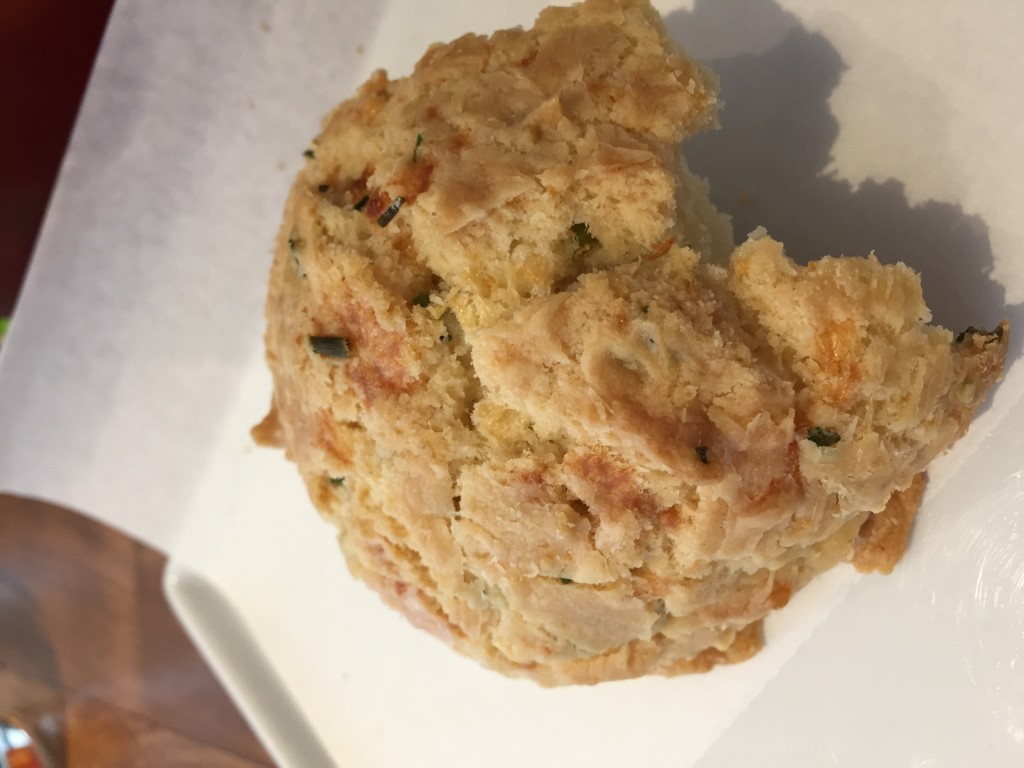 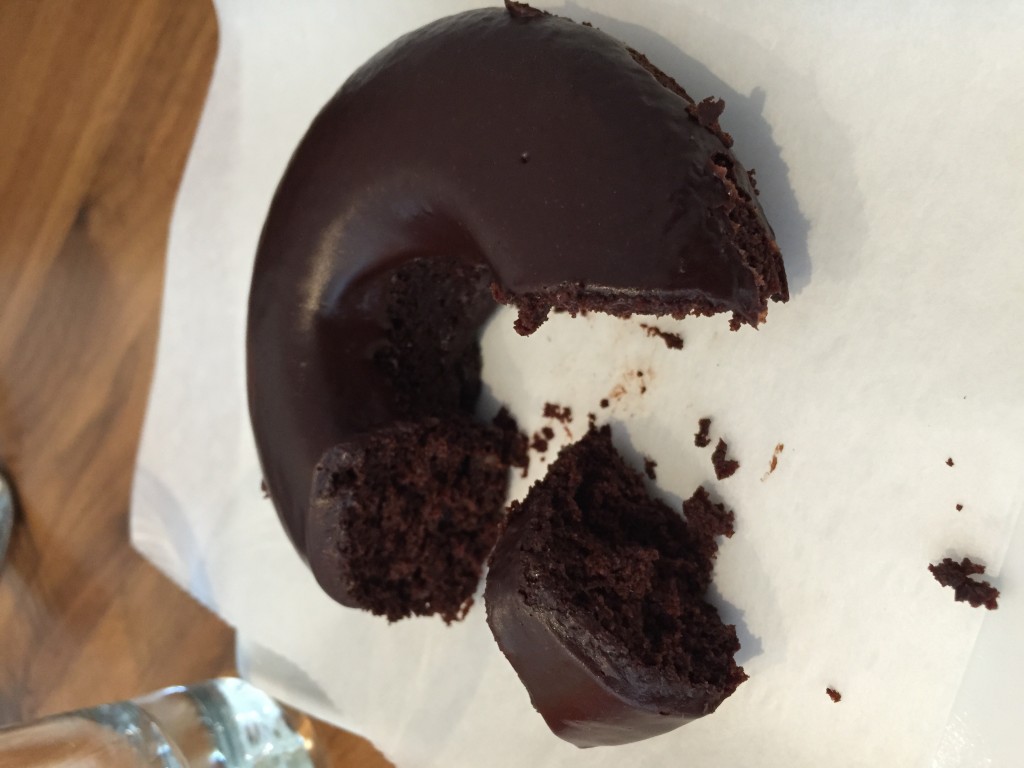 Should I save it for later? Nah…” 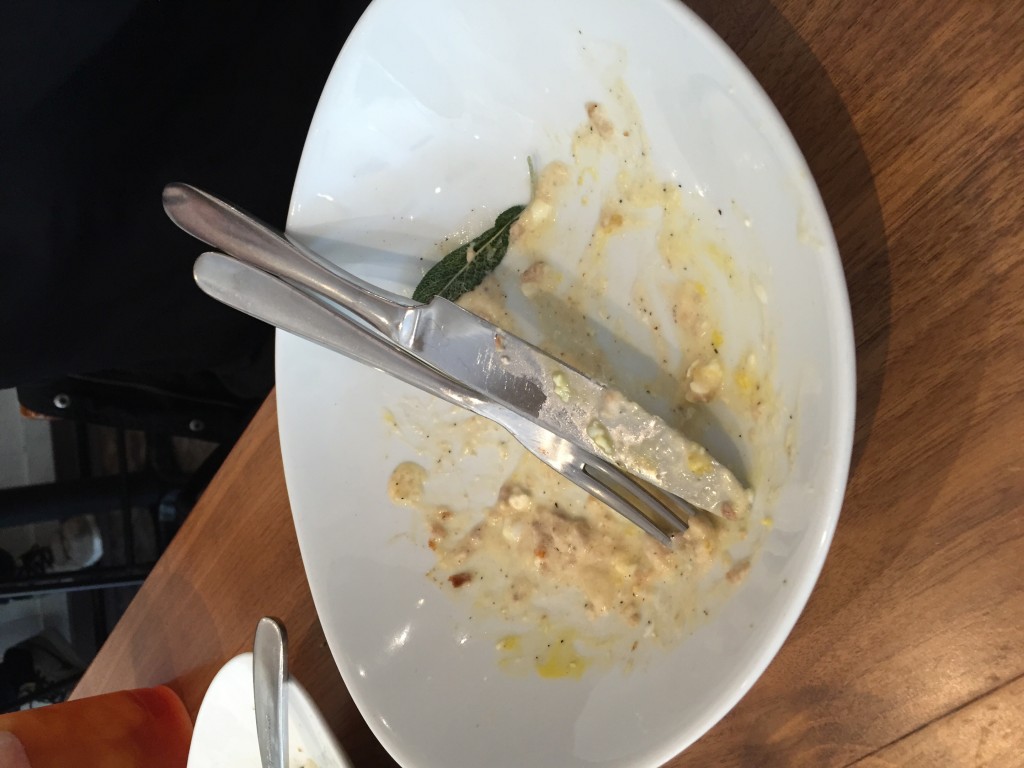 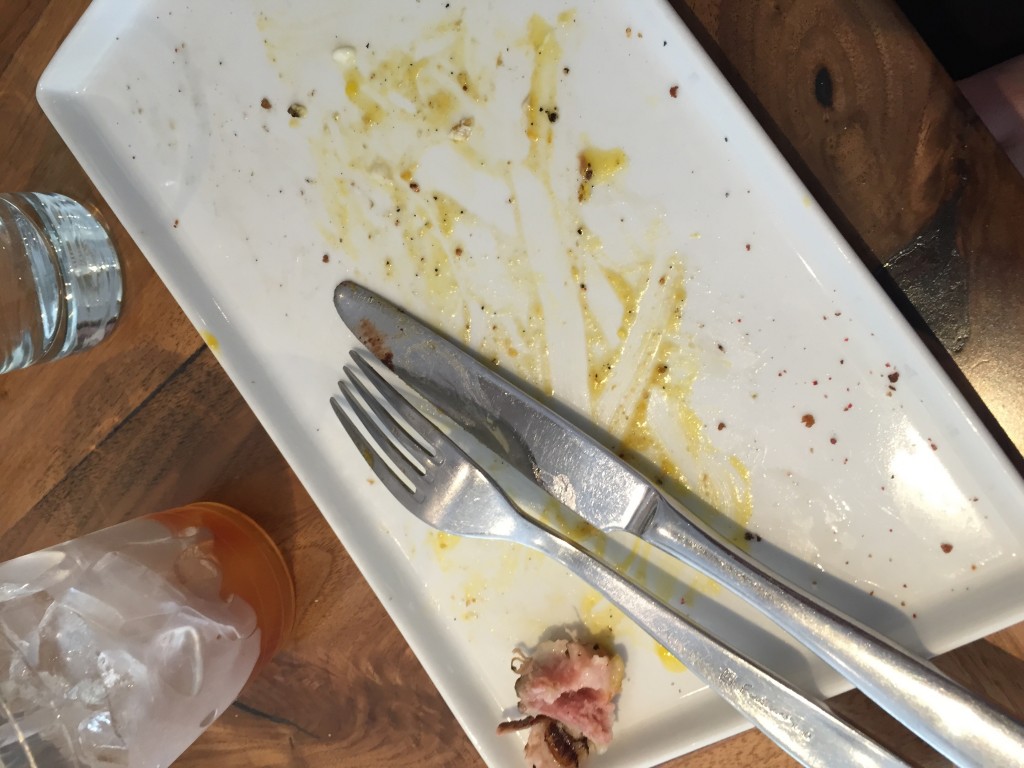 We’re long time members of the clean-plate club here in the Beacham family. The portions make it easy to be as well. Not too large, not too small, I am always satisfied after brunch here. My pictures don’t even begin to describe the extent of their menu. They also have a full case of pastries you can take home.

And for a whopping $5 you can mimosa your day up as well!

At some point I’ll become one of those bloggers who photographs effortlessly, but until then…

After brunch we walked off our meals, ducking into some gift shops, scrutinizing the clearance racks at DSW, and walking away with nothing. We did manage to get much needed pedicures before heading back to the apartment to start planning our dinner. It did’t take long for us to decide on pizza, because… cheese. 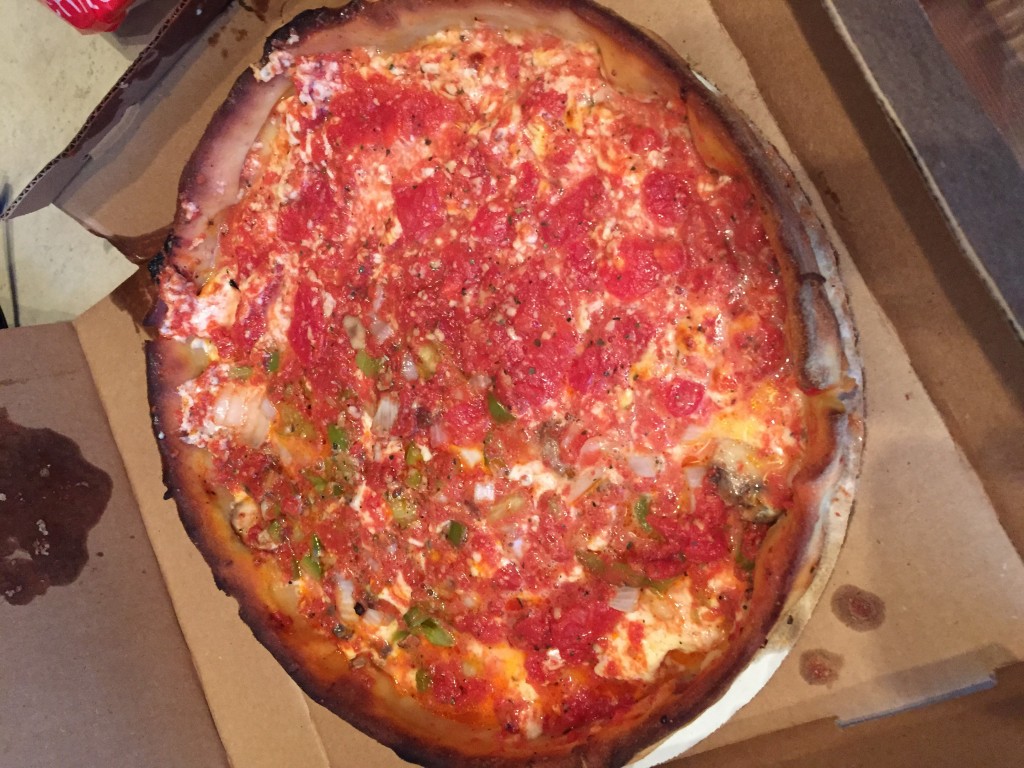 In what world does that even look gluten-free?? I didn’t get any reaction shots, but I can assure you that by the time this puppy arrived, Amanda and I were blushing. The crust is thick but holds up to the epic amount of cheese it’s supporting. We got half cheese and half “supreme: pepperoni, green peppers, onions, mushrooms” but we mutually agreed, why top anything this delicious with anything but more cheese? (side note: there didn’t appear to be any pepperoni. It’s possible it wasn’t GF so they didn’t include it, but if that’s the case I wish they’d mentioned that before we ordered.)

Chicago’s Pizza has a dedicated kitchen space for all of their GF menu items. Oh yes my friends, there’s more than just GF pizza. We ordered the GF cheesy garlic foccocia bread, but were disappointed and wouldn’t order it again. That didn’t much matter to us though, we were gladly able to focus all of our time on what was really important. 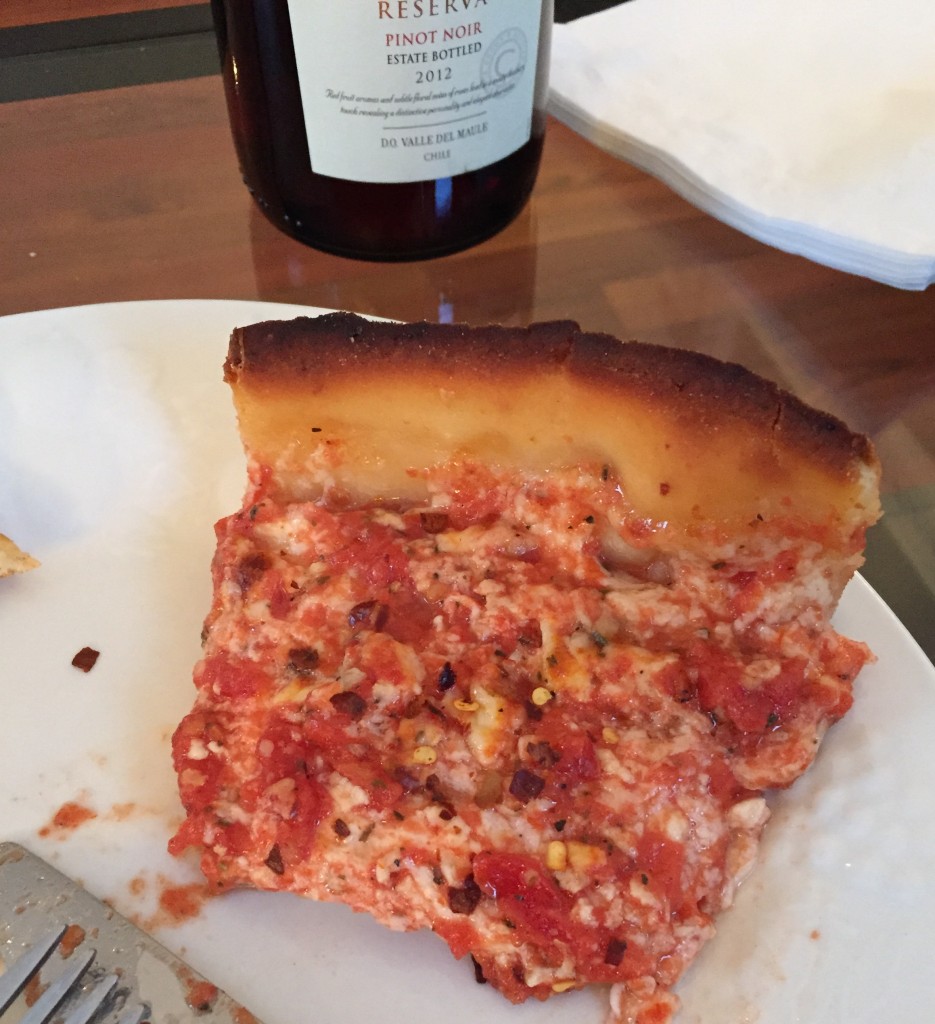 We paired our pizza with a Chilean pinot noir, also from Binny’s. I made it through about half a glass before I started to get stuffy and sneeze, I have no idea why, but I sneezed for the rest of the night. Anyone else have a similar reaction to pinot noir? Or possibly Chilean wine? Amanda found it hilarious.

We finished off the night with Netflix and chocolate, thoroughly satisfied. The next morning we packed up for Memorial day in the burbs, but more on that later… Congrats Amanda! I couldn’t have spent a better weekend with you <3 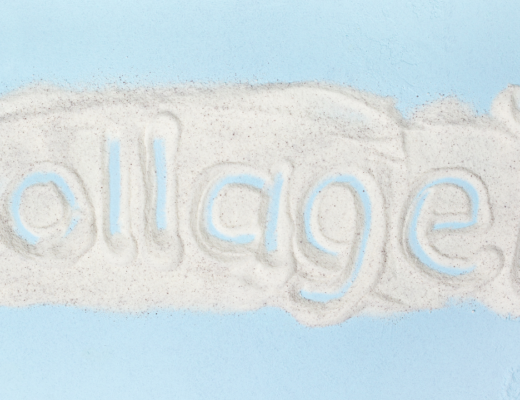 Five Beauty Rules I Rebel Against 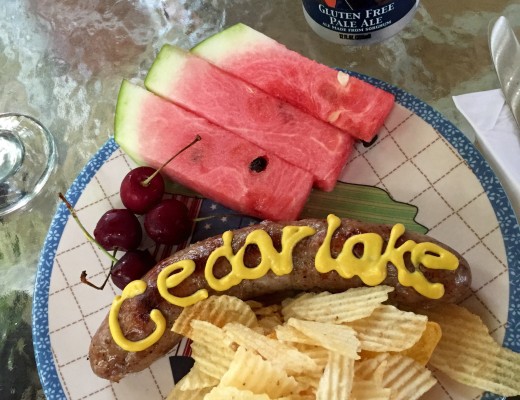 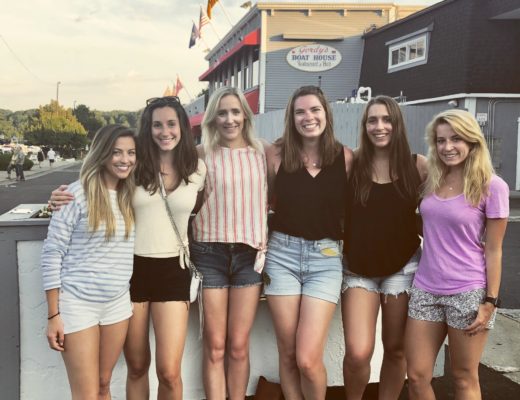