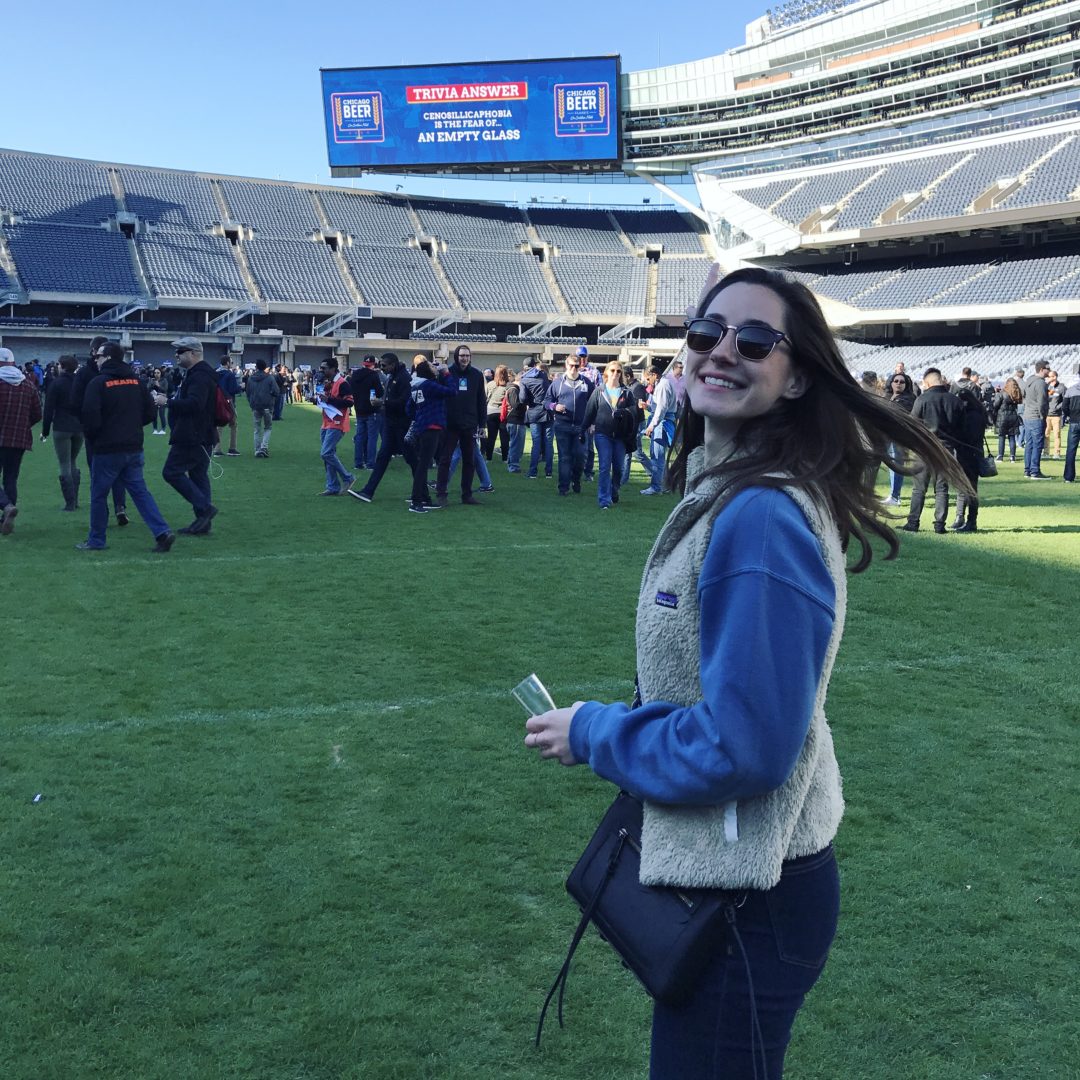 Welcome Friends! As you can probably tell from the title of this post, this past weekend was a very new and different experience for me- I attended the 2017 Chicago Beer Classic. And yes, I know what you’re thinking, “Al, in what world would a gluten-free blogger attend a beer festival” but friends- this time was different, and I can’t wait to tell you all about it. 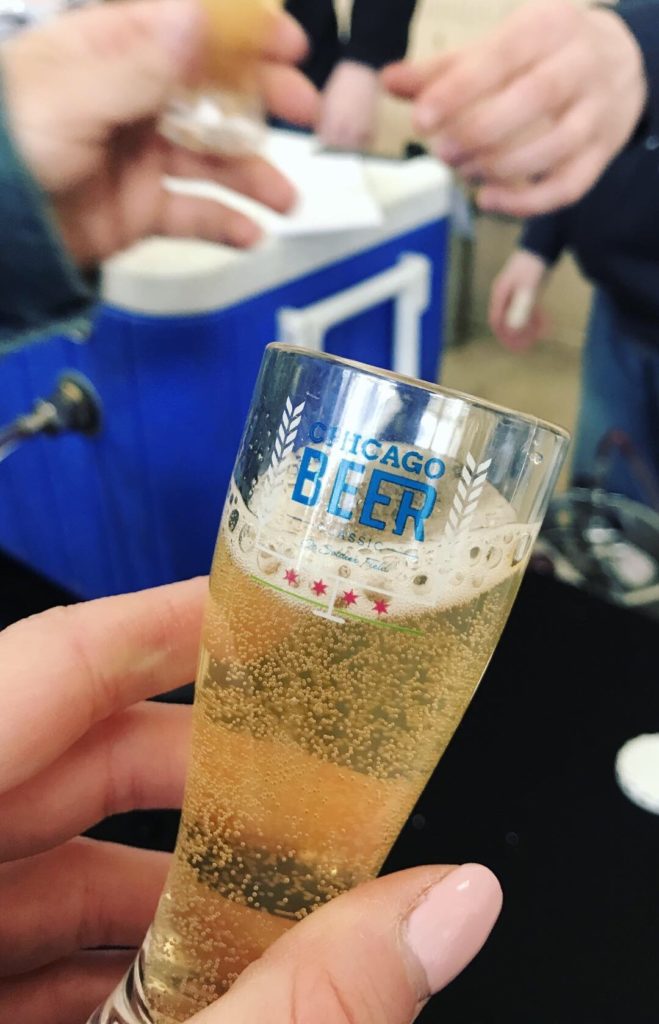 I first heard of the Chicago Beer Classic last year when Brett and his friend Ben bought tickets. I met them for burgers after the event and suffered immediate jealousy after hearing what an amazing time they’d had. Brett mentioned they’d had one or two ciders, but said it was mostly beer, “maybe next year they’ll have more” he said, and I’ll be honest at the time I only half believed him. It was quite the fortuitous statement by him- because when the event was announced this year, I quickly scanned the vendor list in hopes of seeing maybe three maybe four cider vendors on the list. I was pleasantly surprised to find many, many more than five.

I was determined to see if this event was one that could be enjoyed by all, Gluten-free or not. So I reached out to the host of the CBC Red Frog Events and asked to be their Gluten-Free eyes and ears, covering all aspects from food to GF vendors- and they said YES. Fastfoward to last weekend, and with a flash of my media badge I was in, with my bag of GF Glutino Big Pretzels under my arm. 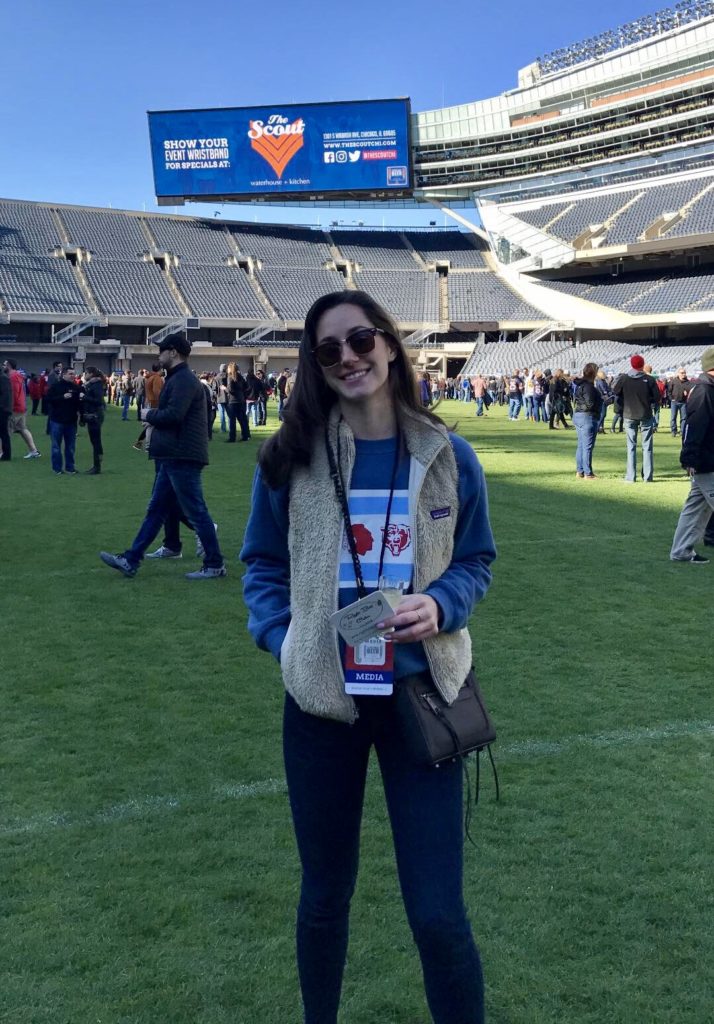 There were two tiers of tickets you could purchase: the standard admission for 45 tasting tickets or the VIP ticket which got you 50 tickets, expedited entry and a 30 minute head start into Soldier Field for either the morning or afternoon session. My media pass got me the VIP ticket packet but I’ll tell you this right now- there’s no way you could drink 50 tickets worth of samples, especially if you choose some of the higher ABV options. Each vendor brought 2-4 samples to try so with roughly 30 GF options, I had my hands full.

Once Brett and his buddies made it in, we immediately hopped in a line to start tasting. All you have to do is walk up, hand them your tasting glass, and tell them which brew you’d like to sample. The rest is easy. 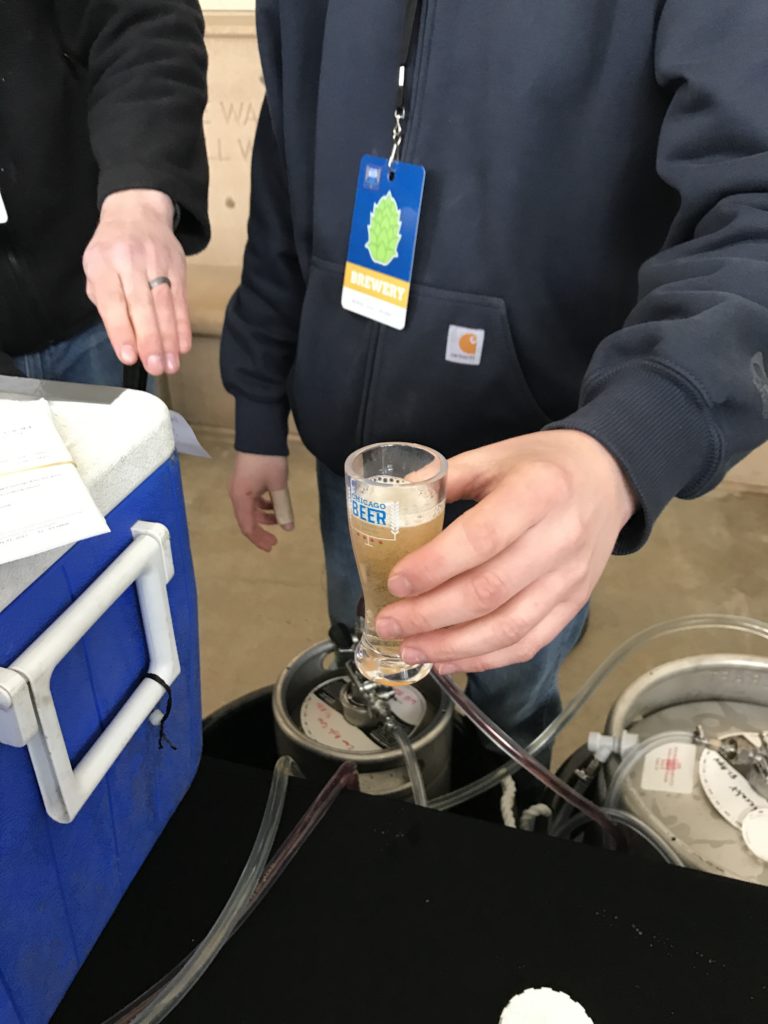 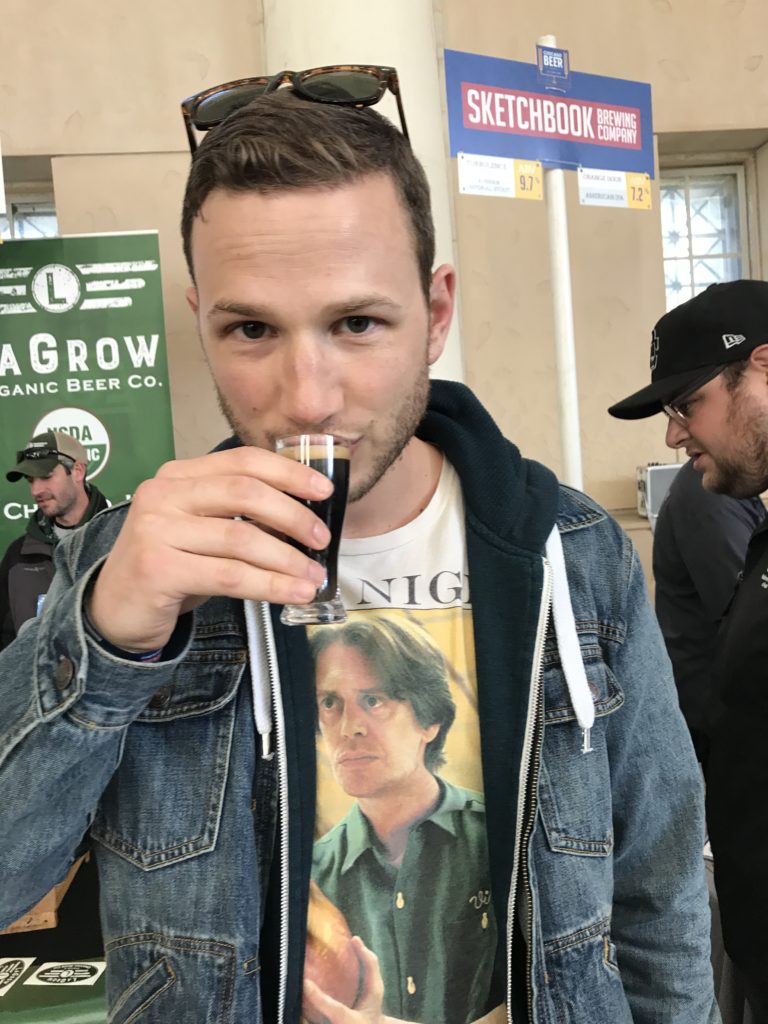 When I first entered the field, I made a friend from Marz Brewing along the way (Shout out to Bill thanks for walking the field with me!) We were let in through the vendor/media entrance at the same time and so we set out to find their booth and I eagerly questioned him on their Gluten-Free new release Dank Grass, and if they’d brought it. Unfortunately they hadn’t, but I think I made it clear how much love I have for the beer, and how FANTASTIC of an idea it would be to bring it next year.

In fact, at Desthil, Shorts, and Stone Brewing, I mentioned to them how a GF option would have been clutch, as all of them opted not to bring their GF beers! This did in fact bum me out, but once I mentioned it to them they seemed to have a lighbulb appear over their hats, that yes having a gf option for next year would be a good idea. I’m hoping I planted a gluten-free seed.

Now onto what I did taste. During my nearly 4 hours on soldier field, I was able to taste:

Virtue Cider  If you’re interested in a longer review of my favorite Virtue ciders checkout this post.

There were also a couple “ticket free” tents inside the stadium sampling rum, Barefoot Sparkling wine, and whiskey. Outside the stadium there were hoards of food trucks eagerly awaiting hunger driven deserters, and inside there were two pretzel stations, which quickly became little pretzel gauntlets. I was glad to have brought (and been allowed to bring in) my unopened bag of Glutino Big Pretzels, when sampling something as sweet as cider or mead,  as it’s nice to have something salty to munch on in between pours and there were no gluten-free food options inside the field. 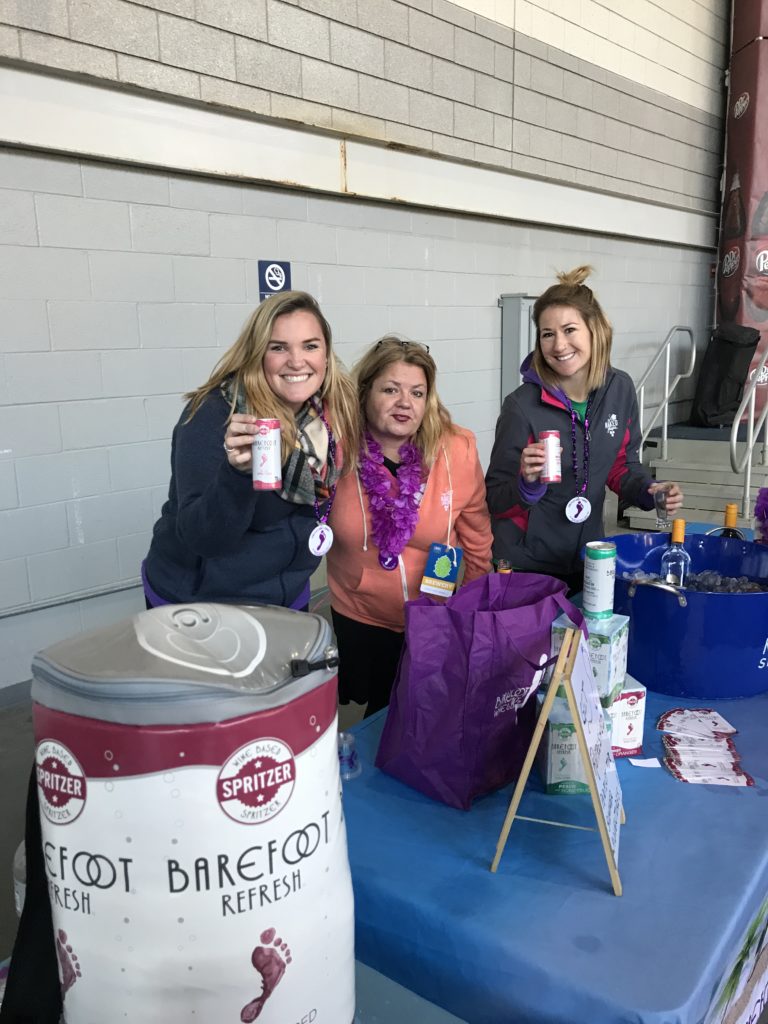 My favorite vendor at the Chicago Beer Classic goes to Right Bee Cider- the creator, Charlie, made the cider to propose to his now wife, and it became such a hit that they continued on to turn it into a business. And the name- Right Bee Cider? It’s a pun, because he’s “right beside her”. I melted when I heard this. And I definitely used more than one tasting ticket at the booth. 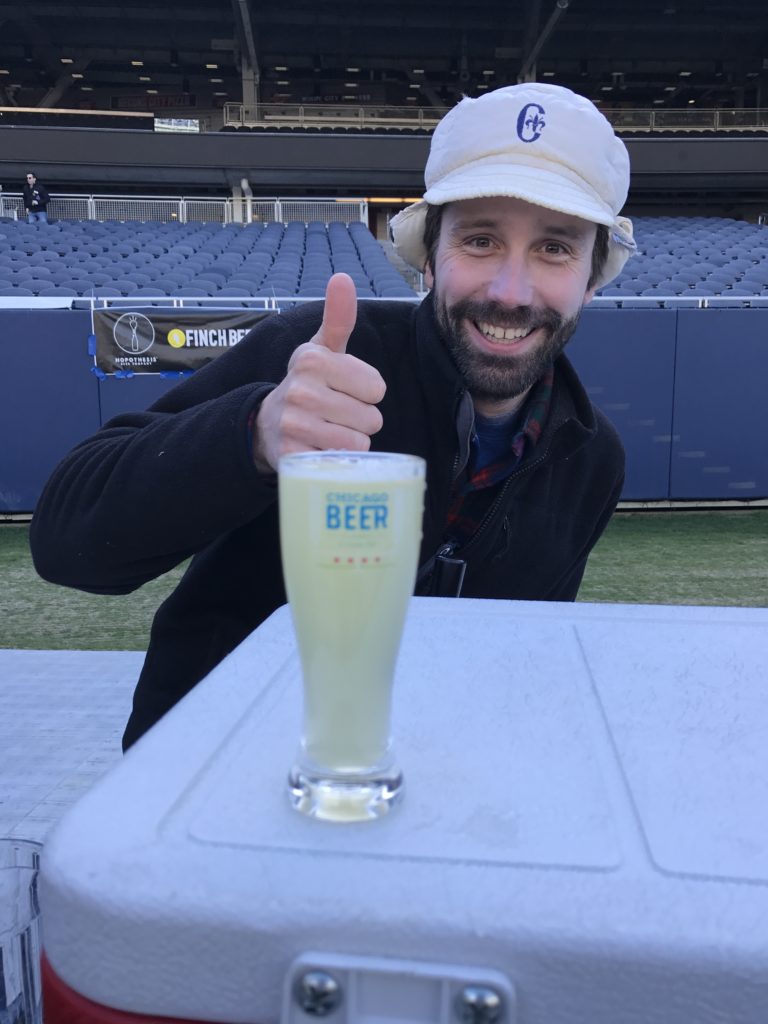 One of my last stops was to Anthem cider, where I met some more friends from Cider Scene, one of the coolest cider blogs I’ve ever come across. You know when you meet some people and you just click? These guys are those types of people, and I’m not kidding when I say that I maybe spent over an hour chatting all things blogging, cider and more with them at their booth, all while sampling the delicious Anthem ciders they had brought for tasting. 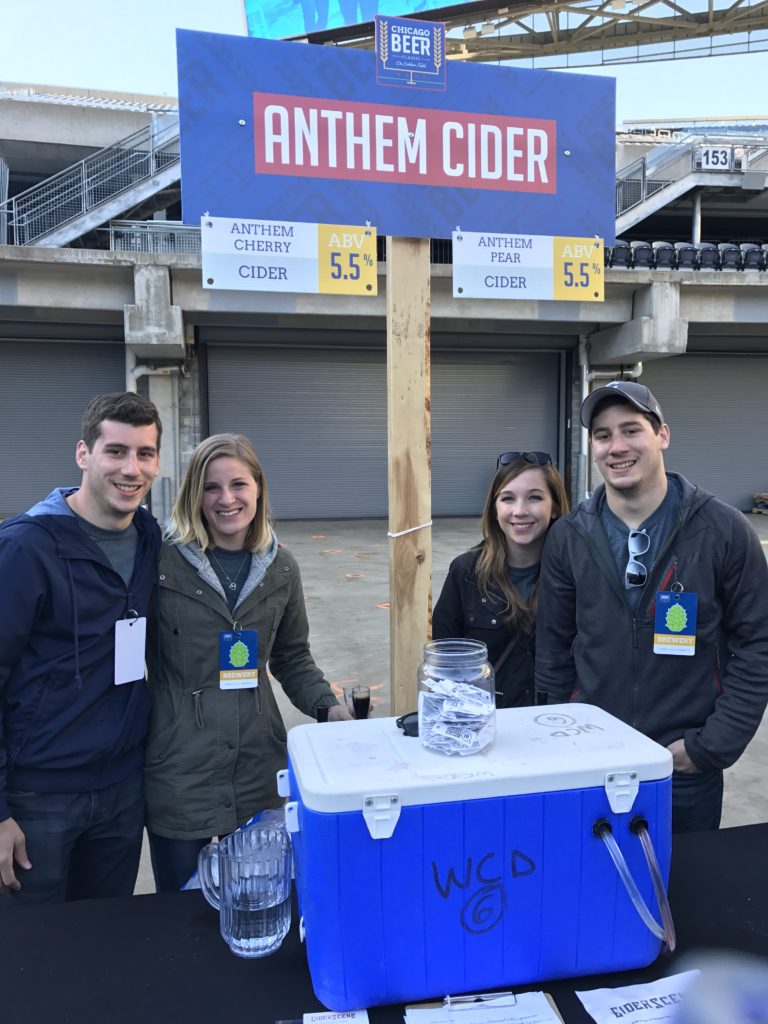 The guys and I had a blast sampling, learning, and exploring the field and when it was time to leave we were sad to go. Upon exiting the field and surveying the uber scene, we pulled a clutch move and rented a Sexy Taxi, a bike taxi that takes you through millennium park to Michigan ave, allowing you to skip the traffic and enjoy the scenic route all the way to… Burger Bar. 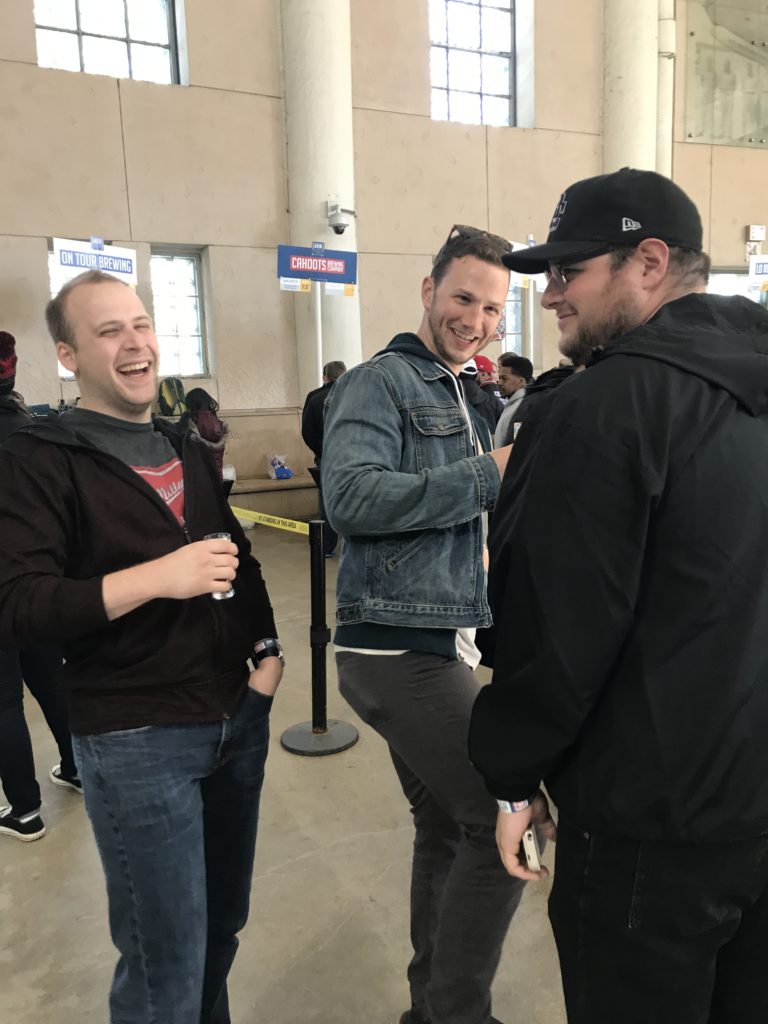 Thank you to Red Frog Events for allowing me to experience the Chicago Beer Classic to the fullest, I had a blast and hope to be back next year!

As always, share the love by sharing this post anyway you please, and if there’s something you’d like to see on the blog, please let me know! 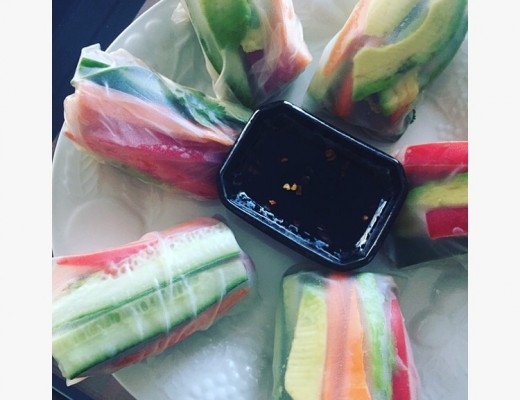 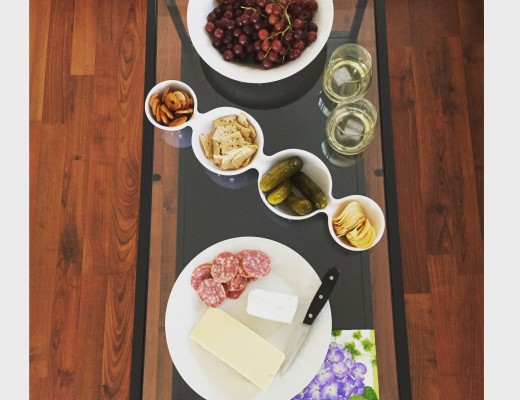 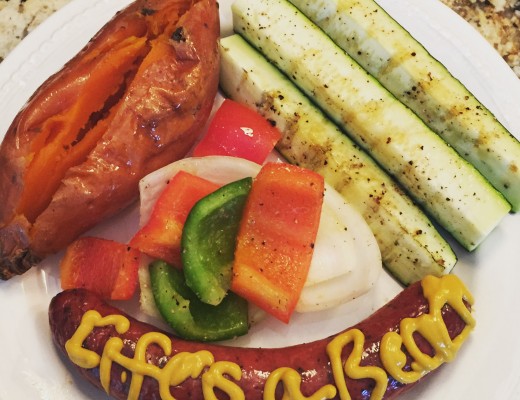 Summa Sausage on a Friday Night